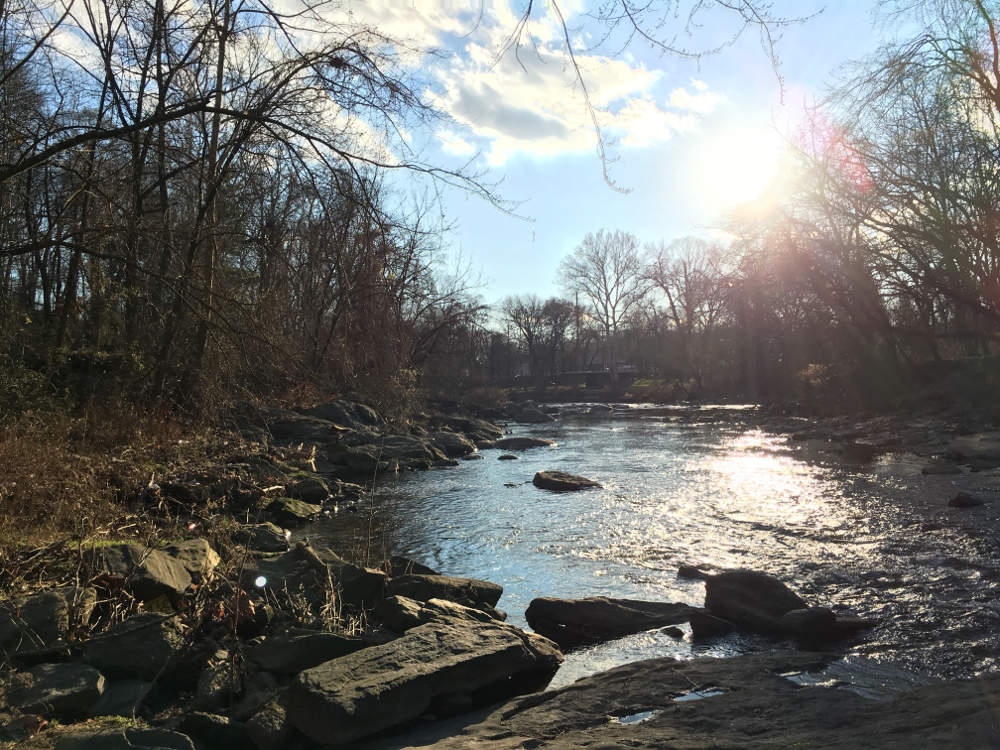 Continuing to take advantage of this mild Northeast winter we’re having, my bike buds and I headed out for a ride to Pennypack Park. After our ride to French Creek State Park followed by a ride to Valley Forge, we were looking for a different route veering off the Schuylkill Banks trail, and this was definitely something much different. The entire route is on city streets, but almost all with bike lanes. We rode through some parts of the city that I don’t typically find myself in. Although some parts of the route were a little more hectic than others, it was still pretty enjoyable and super, super flat. This is a fun short trip that can be done in a few hours, round trip, from south Philly/center city area.

We left late afternoon, around 2pm and wanted to be back before it got too dark. I’m definitely looking forward to doing this ride again and spending more time in the park. There are just under 15 miles of trails in Pennypack Park and the ones we rode on were pretty fun and windy. Once we got to the park we stopped on the banks for some snacks and then continued on a bit further.

Once the sun started to set it got pretty cold and there were definitely some streets we didn’t want to be on too late. We took Kensington Ave there and opted to take Aramingo Ave home. If you decide to take the Aramingo route, ignore the bike detour signs, we were really only without a bike lane for maybe a quarter of a mile and it was never uncomfortable.

We only ran into a few other walkers and bikers in the park but we did run into a group of deer which was pretty fun. We don’t get to see too much wildlife here in South Philly.

We took Aramingo to Girard and then headed down 2nd St where we decided to reward ourselves with margaritas, chips and guac at Dos Segundos. I’m of the belief that no long ride should go unrewarded 🙂